It was Monday, March and after a long list of lockdown measures had turned the UK upside down, every major newspaper in the country had its eyes firmly fixed on construction sites – whether or not they should be kept open, the risks they may pose, as well as the thousands of jobs and people it could affect.

I’m intimately acquainted with each of these questions because they were all laid firmly at my doorstep in the midst of three concurrent multi-million-pound developments, putting our team, our partners and our customers unwittingly, at the very centre of that storm.

Put it this way, it’s a week that I won’t forget in a hurry. The developments included Spring Park, Cody Park and our new site in Meridian Park, London (and these are no ordinary data centres).

In March and in the midst of a national lockdown, our sites also represented the bread and butter for many people who ran the real and debilitating risk of losing their income at the worst possible time. With that said, the opposing argument of putting people’s health at risk was equally unthinkable.

The next 24 hours were intense (to put it mildly). I met virtually with our Senior Leadership Team and we agreed that unless we could maintain social distancing and everyone’s safety, then we would simply have to close the sites, putting many of our contractors out of work and in turn, breaking the commitments we had made to our customers.

Later that day, when Scotland announced it was closing its building sites, the media headlines became unrelenting, so we took a breath, closed our London site and told everyone to wait for a call – And that was it, 90 people who had predictable work and income for their families were potentially left high and dry unless we could agree a plan.

If we thought it was hard on Ark, it was equally a double-edged sword for any contractor working on a Construction site. How do I keep me and my family safe, healthy but still put food on the table? People were understandably willing to try anything, some offering to come in solely overnight, just so long as the work was still available – there were no easy conversations.

In that moment, we knew that if we could find a way to keep everyone working safely, and to stay on plan for our customers, then we simply had to do it.

You can tell a lot about people’s character in a crisis and by extension, that of your team. I don’t know many companies whose own investors were willing to look beyond their own needs to create plans to support their partners long-term if they faced potential closure.

While other Construction sites were shutting down and furloughing staff, we were all pulling together to keep our customer commitments on track, our team and partners safe and supported, with the backing of our investors and every member of Ark.

In times like this, long-term partnerships are really put to the test.  I arranged a call with the senior leaders from each of our partners and without exception, all of them were willing to support their people, Ark and in turn our customers.

They offered to keep factories open 24/7, split shifts, whatever it took to keep people safe, in work and our sites up and running; something I would like to thank each and every one of them for.

The day the team were sent home while we agreed a path forward, transpired to be the only day when our sites physically stopped working. 90 people soon became a rotating pattern of 30, socially distanced, across rolling 24-hour shifts.

The planning and detail which went into keeping people safe (and in work) was like nothing I’ve experienced, in any project that I’ve worked on. From the construction itself, right down to the times which people could access the canteen. The diligence was simply meticulous.

Anyone who has worked a major construction build will tell you, there are a lot of moving parts and things that can (and will) go wrong, let alone when you throw a global pandemic into the mix (and these are no ordinary projects).

As I write this, not a single committed date has slipped, honouring the promises we made to our customers and our contracting partners made to us. Against considerable odds, IST was achieved on Spring Park, Cody Park is on programme and Meridian Park is Live.

We have also added two new sites to our portfolio, one of which is Union Park, London which is on track to open in 2022, which will benefit from renewable energy, rainwater harvesting, solar generation, cooling units and even living walls.

It’s both a huge statement of social responsibility from Ark but in turn, promises to help many organisations to honour their own sustainability commitments.

Where I’m confident that all our sites will lead the way for socially responsible data centres moving forward, I’ll always view them as the projects when we learned that in exceptional circumstances, you can also find exceptional people.

Thank you to everyone involved, who pulled together to make this happen, you have quite literally taken what once felt impossible and built ‘the possible’. 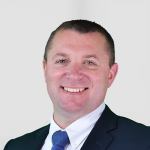 If you’re on a beach in Kenya and your phone rings, most people would agree that it’s perfectly acceptable to ignore it and continue looking at the cocktail menu.  The name flashing up on the screen however was Andy Garvin,…

The professionalism and speed at which the public sector has adapted to cope with the Covid-19 pandemic has been and continues to be impressive and inspiring. One of the many strategies employed was the rapid deployment of modular buildings. The…