Although it’s difficult to imagine a headline which doesn’t include the effects of the pandemic, you only have to go back a couple of weeks before lockdown and Climate Change was both dominating the news and gathering some serious momentum.

Cities the world over were being brought to a standstill by protestors and a distinct lack of tolerance was building towards people, governments and businesses who were ‘seemingly paying lip-service’ to the environment (or at least, failing to clearly convey their plans to contribute to a meaningful solution).

In the meantime, with all eyes on COVID-19, the clock hasn’t stopped ticking and in a matter of months, world-leaders and some of our greatest scientific minds will gather in Glasgow to discuss how we address Climate-Change head-on.

Among those likely to be on the receiving end of some pretty hard questions is the data centre industry and rightly so – Although there is sufficient evidence supporting the fact that purpose-built facilities offer a lower carbon footprint than hundreds of businesses shoe-horning piping hot infrastructure into broom cupboards, there is still a lot of work to be done. The industry as a whole, needs to step up – and this is why.

Committing to Sustainability shouldn’t be about producing the ‘bare minimum’, ticking a box or to ‘show willing’ – the focus should be on how much more can we do.

Take ‘Direct Fresh Air Cooling’, ‘Solar Generation’ and the use of ‘Renewable Energy’ for starters. These are available technologies which are proven to dramatically reduce energy use and in turn the carbon footprint of a data centre; yet I can count on my hands, the number of providers who employ two let alone all three in the UK – and that has to change.

Along with power, ‘water consumption’ is another topic firmly in the sights of the Environmental Agency, particularly in cities which may be struggling with their water supply. This is a great example where a data centre could either potentially add to the problem or employ some innovative thinking to lessen its impact.

Take one of our most recent developments in Hayes, London. Situated on the brink of a major city, it’s imperative we considered any effect that we may have on water supply. So, simply through storage tanks intelligent controls, the team created a water buffering and saving mode for our cooling equipment which reduces the utility water supply requirement from 33 litres to just 5 litres per second (Reducing the original peak water usage by a staggering 85%).

In our existing facilities, we’ve also extended our typical Rainwater Harvesting process to capture water from the roof but also from the ‘run-off’ of the car parks which can then be filtered and stored. It may involve a more intense filtration process but by re-using this water, we only draw excess from the mains and in turn significantly reduce our usage.

One of the biggest global challenges we face as an industry, however, is the elimination of diesel which most data centres use for back-up generators in the event of a loss of power. Although most will only be turned on for operational testing, the emissions they produce can have a horrendous impact on Nitrogen Oxide (NOx) levels.

In many city areas, NOx levels are already dangerously high. Where the long-term Co2 impact is still an important consideration, harmful diesel emissions could have a more immediate impact on asthma sufferers or even infant mortality rates. It’s little wonder why the UK government are cracking down on diesel emissions from cars and I genuinely hope that particular initiative encourages more data centres providers to make the transition.

Although the gas engines Ark will be using in our Union Park facility will produce 5 times fewer NOx emissions than diesel, I still see it as just the beginning of the journey. The opportunities with gas alone, could help us to reduce our carbon footprint further still.

Utility gas (including at home) is mostly methane and the majority is extracted from the earth but there are some exciting developments surrounding the utilisation of ‘Hydrogen’ which could change everything – Burning 100% Hydrogen gives just energy, heat and water vapour – which means, zero Co2 and zero harmful emissions.

Ark’s gas generators are already compatible with Hydrogen, they have been proven to run effectively on up to 30% Hydrogen which puts us in a great position for the UK’s ambition to incrementally increase the hydrogen mix in its utility gas network. This is (by anyone’s measure) incredibly promising and although there is still a lot of R&D to be done, we are pushing hard for the tests to be completed which will allow 100% usage.

Gas generation with hydrogen in the mix could represent a giant leap forward, but interestingly, it could also simply be a stepping- stone on the path to ‘Pure Hydrogen Generation’ which could be the holy grail, along with other zero carbon energy solutions such as ‘Large-scale lithium-ion Battery Storage’. With that said, Battery Storage would also require a very robust study of every power interruption that has ever happened (or could likely happen) and we’d need to demonstrate, we could store enough energy on site for it not to matter.

And therein lies the rub – an authentic and transparent pursuit of Sustainability means pushing the boundaries of innovation and technology which to date, we have a pretty healthy track record of producing. Equally, many of the customers we serve, share similar Social Responsibility goals, so the next few years could prove to be an exciting journey.

As I write this, our Union Park Data Centre in Hayes is on track and the plans for two new facilities in Longcross and Park Royal, West London are already taking shape. The great news is, we have time and the appetite to test the art of the possible and even explore what a zero-carbon data centre could look like.

If the data centre industry as a whole puts its own (and indeed its customers) sustainability objectives at the very centre of its endeavours, then it won’t just be the competitive playing field which benefits but the one landscape which really matters. 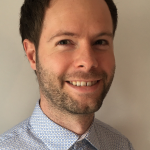