The professionalism and speed at which the public sector has adapted to cope with the Covid-19 pandemic has been and continues to be impressive and inspiring. One of the many strategies employed was the rapid deployment of modular buildings. The advancements made in such manufactured facilities are astonishing and are one of the reasons why we use them for the data centres used for our Crown Hosting agreement.

So, if I told you Crown Hosting using modular buildings could cut your ongoing electricity usage and bill for your data centre information technology (IT) by at least 75 per cent, the carbon dioxide equivalent emissions (CO2e) by 99.9 per cent, significantly reduce your water impact on the environment, generally become an environmental good egg and release valuable space in your buildings, would you read the rest of this article?

Data centres are for the IT widgets, servers, networks, security systems that very few people see, but we all use. They can be a cupboard, a room or a building.The cloud, the internet, our email, photos, banks, health records, payroll, pensions, the IT for everything our modern society relies upon lives in data centres. They need to be secure and reliable. The disruption caused when they go wrong could mean you can’t see your photos or at the other end of the scale, lives could be lost.

The vast majority of organisations have a problem with a mismatch between the buildings they construct as data centres and the fast pace of change in IT. If you construct a building you expect it to last decades, but traditionally built data centres constructed even 10 years ago are obsolete. The problem is that the IT is getting smaller and every year we need it to do more, the net effect of this is that we try to cram ever more into those cupboards and rooms, but the facility obsolescence becomes ever more costly to overcome.

EURECA was a European study of public sector data centre facilities, including the UK, and it found that 97 per cent of them were tiny. The problem with tiny facilities is the energy wastage associated with keeping them reliable (so the IT stays on) and getting rid of the heat generated by the IT. Cupboards and rooms in buildings will either use an extension of the cooling system used for the building or bolt-on additional air-conditioning units. This has huge potential to be highly inefficient and that is what the EURECA survey found – on average for every 1kWh used by the IT, another 3kWh was wasted by the facilities. When you put more IT into these tiny rooms, such as when it is refreshed, the facility problem gets worse, not better.

The so what, ‘I’ve just one room/cupboard/server room’, is that everyone has lots of them, scattered in every building, the cumulative problem is enormous. DEFRA has been tracking electricity use in central government ‘server rooms’ for nearly a decade. The last report in 2019 estimated that 56 per cent of all electricity consumed by central government IT was within data centres. This percentage will likely be similar across the public sector and is an enormous electricity bill just for the IT, but then think about the three times amount wasted through inefficient facilities.

The cooling technologies employed by Crown Hosting data centres are simple, but the application of them is advanced and it means that less than 0.2kWh is wasted by the facility for every 1kWh used by the IT within it. We also encourage our customers to look carefully at what IT they put in our data centres. There is an environmental manufacturing cost to replacing IT, but electricity usage is an important factor. newer IT uses less electricity than older, a lot less to do the same work.

The team behind the EURECA study illustrated that if you replaced nine year old IT with new and it did the same job in the same timeframe, then you needed just 15 per cent of the IT. The sustainability message from this is that you need to take charge and calculate when the environmental cost of changing the IT is lower than keeping the old.

Saving electricity is an important environmental message for data centres because the IT within them consume so much and facilities can waste even more. The carbon footprint can be directly related to the electrical consumption, in addition over 40 per cent of global water withdrawals from the environment are associated with electricity production. Crown Hosting goes a step further than this, all of its electricity purchased from the national grid is green, so zero CO2e or water usage from the mains electricity.

Crown Hosting came about to address these problems for public sector organisations that need data centre facilities and it does so using modular construction but on a huge pan-public sector scale. Crown Hosting is a CCS procurement framework and the single joint venture supplier of the services within it is called Crown Hosting Data Centres Ltd. The products and prices are pre-negotiated and benchmarked, and procurement is by direct award.

Crown Hosting’s scale addresses the problem of the enormous number of ‘tiny’ facilities, scattered everywhere, all needing cooling and electrical plants. So rather than looking after the cooling and electrical plant of thousands of tiny rooms, it looks after tens of rooms each of which is able to contain the same quantity of IT as hundreds of tiny rooms. This changes the provision from a multitude of cottage industries to mass production on a few sites, the cost drops enormously on a number of fronts including land cost, construction costs, building operation (facilities management), but the aggregation reduces IT costs too in areas such as networks and IT support.

Modular construction in sustainability terms is a huge boon simply because the buildings can be recycled. The Department for Environment, Food & Rural Affairs (DEFRA) has consistently reported that traditional bricks and mortar construction and demolition are by far the biggest contributor to landfill sites in the UK. Globally, cement, steel, aluminium and plastic used in construction are responsible for 39 per cent of the CO2e emitted and 30 per cent of the water used in the UK every year. Clearly, buildings that can be removed to another site and re-used can only be a good thing for the environment.

The fast on-site assembly of the data centres used by Crown Hosting takes about four months which is much faster than the bricks and mortar approach that takes about two years after you have agreed on the design. In an IT-centric world where the IT changes every year, reducing construction time to months means that the data centre buildings are just right for the IT that is about to be deployed and for as far in the future as we dare to gaze. If in the future the buildings are not right for the IT anymore, they can be reassembled in a way that is.

The multiple Crown Hosting data centres are located in the UK across diverse sites are enormous, containing thousands of racks of public sector IT. In the UK our climate favours modern IT expecting an ambient temperature of no higher than 25oC, our 24 hour average never goes above 20oC. In sustainability and carbon footprint terms this is good because we can make use of the low outside air temperature to keep our IT cool without putting energy into things like air-conditioning and refrigeration, but simply recycle some of the heat given off by the IT. On those balmy August afternoons where the outside temperature is above 25oC, drip fed evaporation of water into the air-stream provides enough cooling for it to be above 36oC outside before any energy intensive top up cooling is needed.

The 4th industrial revolution is defined as the application of smart technologies to traditional production methodologies and this is precisely what Crown Hosting does. Customer’s using Crown Hosting save money, the environment and have a greater understanding of how their IT supports their business than before they moved.

If you are interested in saving money and the environment, consider relocating your IT to one or more of the Crown Hosting facilities. You have the power to make a difference so please, be a good environmental egg.

To find out more, get in touch and speak to a member of our trusted team today 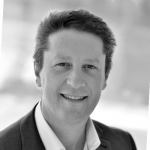