For many people, the Renault Show Room at Park Royal is a very familiar sight.  It lies just East of the Hanger Lane Gyratory system and has been home to Renault for over 100 years – This is the story of how one of the most infamous sights on the London commute became the fresh canvas for potentially, the most innovative and sustainable data centre in London.

Personally, I rarely pass a building without mentally assessing it, but I’m also the first to admit that I’m a rare creature in the data centre world because my specialism lies solely in nearly 30 years of Commercial Real-Estate Investment and Development rather than technology. This allows a refreshing clash of cultures, the output of which has led to the acquisition of some of London’s most sought-after Datacentre sites, Park Royal among them.

Like many great stories, it all began with a phone call. The Commercial Real Estate industry has never been a ‘screen-based’ business, in fact quite the opposite. It is held together by relationships and people who favour conversation rather than email, so when I first learned Park Royal was potentially on the market from a trusted colleague, I knew precisely how competitive it would be. Sites in that area are already hotly contested, let alone a well-known building that hadn’t been on the market for over a century – so getting our hands on it, was going to be far from easy.

A curious thing about our market currently, is that many hyper-scalers have gone on record to say that they plan to source, own and run their own data centres, yet still have a clear desire to partner and enjoy operated facilities.  Consequently, when it became known that Renault’s flagship site was on the market, the Property Press began linking it to almost every leading brand and data centre player as a potential buyer in addition to the market leading industrial developers.

Brand fame aside, the Park Royal site is the textbook definition of a compelling data centre location. Firstly, one glimpse on Google earth will tell you that it’s rectangular (which may sound like stating the obvious but can make all the difference to the work that needs to be done). Equally, there is no getting around the fact that it is in one of the most attractive industrial areas of London with strong AZ links making it incredibly compelling to our potential customers.

A week after our feasibility study began, I presented the output to Ark’s Senior Leadership Team who had the vision to fully support a bid. This was the first development we were to consider under the new London 2020 plan whereby, as an industrial use, a new data centre would be encouraged to intensify land use. We therefore challenged our architects to ‘go high’ and the feasibility produced a 10-storey design for a facility in excess of 40 – Megawatts. This scheme offered enough diversity for a build-to-suit model for any hyper-scaler, right through to Co-Lo facilities for the Public Sector, plus a dedicated office floor with a spectacular view – it was perfect.

The sustainability goals driven by the London 2020 plan meant that whoever acquired the site would also have to illustrate that it could bring genuine environmental enhancement to the area. Before we even began, we knew that ‘Transport movement’ (as an example) is significantly lower for a data centre in contrast to other Industrial businesses. Equally between the construction work required and the onsite office options for our customers, it could also bring plenty of employment opportunity to the table – (it is a common misconception that Datacentre development creates less employment than other B8 Industrial development).

Our recent acquisition of Union Park at Hayes taught us that it is imperative to nail the sustainability strategy straight out of the gate and being situated in a major city, topics like water consumption are firmly in the sights of the planning and environmental decision makers. Knowing for example that we can run the whole site without using any potable water or compromising the local water supply to the area, could also prove be critical to the planning process.

The great thing that we have with our Park Royal Site however is time – the transaction structured with Renault enabled a short term leaseback – and as we’re building upwards by 10 stories rather than outwards, we can further develop the technologies that are proven to dramatically reduce the carbon footprint of our customers. Ark’s commitment to eliminate diesel by introducing back-up gas generators already promises to produce 5 times less NOx emissions than diesel – In a city where the levels are already dangerously high, that’s a very healthy statistic to deliver as a new owner.

There is however a disconnect in the system in that many Datacentre Developments assume that just because planning permission is granted, permitting for the installed diesel generators will necessarily follow.  It may well not, and this is an often misunderstood risk which we entirely mitigate at Ark by our strategy. We also won’t stop there – In addition to exploring pure hydrogen generation, Park Royal could see the first Ark site to employ ‘large scale lithium-ion battery storage’, creating a new era of socially responsible data centres. If you combine the prime location, sustainability opportunity, scale and fame of this facility, it’s impossible not to get excited.

In the real estate world, you could argue that none of this really matters when a seller is looking to ultimately achieve the best possible price but in practice good trades are collaborative and understanding your counterparty is imperative.  We had an excellent process with Renault and enjoy a strong ongoing working relationship.

The market may be experiencing a ‘demand-driven-bubble’ but the principles of the Real Estate world remain broadly unchanged. Know your market, the customers you serve and have the courage of your convictions. What began as one phone call will lead to the birth of a new facility which is set to further boost the UK economy and reduce London’s carbon emissions – that’s no small achievement.

We are now the custodians of an important site which will be visible to millions – our planning application due in 2021 will focus on a market leading, environmentally friendly design.  Whether it becomes home to hyper-scalers, a combination of powerhouse brands or the Public Sector, it promises to push the boundaries of innovation and technology and provide a flagship facility in one the most sought-after data centre markets in Europe. 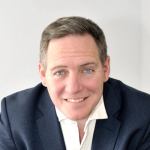